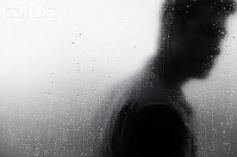 Mister X considers broadcasting a primary passion and enjoyed great success as a political commentator on a publicly broadcast station for several years. Asked why the anonymity with this show and he explains that the two simply cannot mix, so this provides an outlet for more comedic endeavors.

Mister X is a strong supporter of first responders and the Military, volunteering time in mentoring programs.

Mister X has held executive leadership positions in several fortune 25 companies, having started out on Wall Street after graduating H.S. at the age of 16, then moving on to obtain his PhD.  He worked full time while attending higher education and prides himself on persevering through what he refers to as a challenging childhood. “There are a lot of people that will tell you what you can’t do in life and few that will enlighten you on what you can.  I set a path for myself and never looked back”

Mister X is an Alaskan native and grew up in humble surroundings, spending most of his developmental years living in a housing project in Flushing, NY. He prefers to keep most of his life private, although states he would honestly answer most questions on the air or via email (read on the air). He wants people learn about him directly, rather than from a bio. 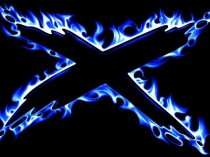 Big B is no longer an active member of the show after his disgust with the refrigerator being stocked with the wrong beer. He will always be part of the family and we hope he is doing well. Security remains on alert.

Long time friend of Mister X and can often be seen sitting right next to X at the local Churrascaria. He prefers to refer to himself a PHAT, with the PH, but several unrepairable studio chairs disagree.

PG is no longer an active member of the show as he has not been seen for quite some time. A missing persons report has been filed on the pool boy as well.  Update: PG has rejoined the show from time to time, but the pool boy is still missing.

Narcissistic, petty, angry, cursed by the GODs and with breasts like a fat man at a BBQ. Oh, this is really for comedic purposes, none of this is true of course. Titler takes a lot of abuse from her co-hosts, but mostly from Earthquake.

Mongo is the quintessential verbose anecdotalist and the king of one-ups. Did you know he's been to Tokyo?

For all of the lady listeners, just know there is a reason self defense training, pepper spray and CHL's exist and Mongo is it. As of 7/1/18 Mongo is no longer associated with show. While he's associated with Forensic Files, America's Most Wanted, etc., just not KFAT. Security is not concerned, they've seen him shoot.

Assassin X - Mr X's youngest daughter, she is an expert in H2H combat, Black Belt in Taekwondo, Jujitsu and Krav Maga (3rd dan). She provides protective services for Mr. X when he travels.

Princess X - Oldest daughter and contributor to the show on items such as fashion, Gen Y/Millennial topics and social networking.

The “F” bomber, bother of Mr. X, unfortunately passed away in August of 2021.  He was a father, brother and friend to many, who enjoyed volunteering, coaching, watching his beloved NY Mets and enjoying life. He will be missed.